Home News How the manufacturing sector can approach decarbonisation

How the manufacturing sector can approach decarbonisation

There is a heavy onus on the manufacturing and industrial sectors to do their part in reducing their carbon emissions and make the shift to a more sustainable future for all. In an exclusive article for Gulf Industry, IAN HARFIELD, Managing Director of Engie Energy Solutions (GCC) tells us where to begin…

Climate change continues to be one of the most pressing problems facing our world today. Governments in the Middle East are actively pursuing several initiatives to cut carbon dioxide emissions and reduce carbon intensity.

As we hurtle towards a raft of different targets and goals, there is a heavy onus on the manufacturing and industrial sectors to do their part in reducing their carbon emissions.

This plan is, of course, tied to the UAE’s climate action plans, which include committing to large scale development of alternative energy sources; firm management of GHG emissions, adaptation planning and implementation, and a private sector-driven innovative diversification programme. All this, while adhering to the 17 UN Sustainable Development Goals, and reacting to unpredictable planetary changes. 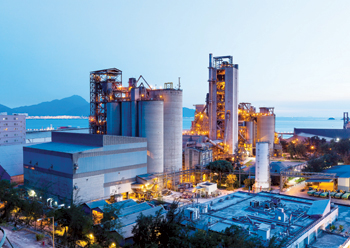 As His Highness Sheikh Mohammed Bin Rashid Al Maktoum, Vice President and Prime Minister of the United Arab Emirates and Ruler of Dubai, succinctly put it: “Our goal is clear: to build an economy that protects the environment and an environment that supports the growth of the economy.”

Globally, manufacturing – especially of cheap construction staples like steel and cement, accounts for about a third of global greenhouse gas emissions – exceeding emissions from power and transport sectors. Meanwhile, most industrial practices release thousands of different chemicals into the environment. Industrial activities damage the environment in the form of emissions to the atmosphere and water ecosystems, waste generation and resource consumption.

Decarbonisation can be summed up in one simple sentence – “consume less, consume better”. This can be achieved in several ways, including assessing energy usage and aiming for greater energy efficiency through innovative technologies.

The industrial sector is a willing, innovative partner in decarbonizing the world, evidenced by pledges made at the 2022 COP26 climate talks. Climate Action Tracker says sector commitments announced at COP26 represent potential cuts of 2.2 gigatonnes of carbon dioxide, equivalent to the emissions of Germany, Japan and the UK combined, or 20,000 fully loaded aircraft carriers.

Not only is there willingness to reduce emissions, but also an urgent need and demand from governments, regulators, stakeholders and the public to do so. 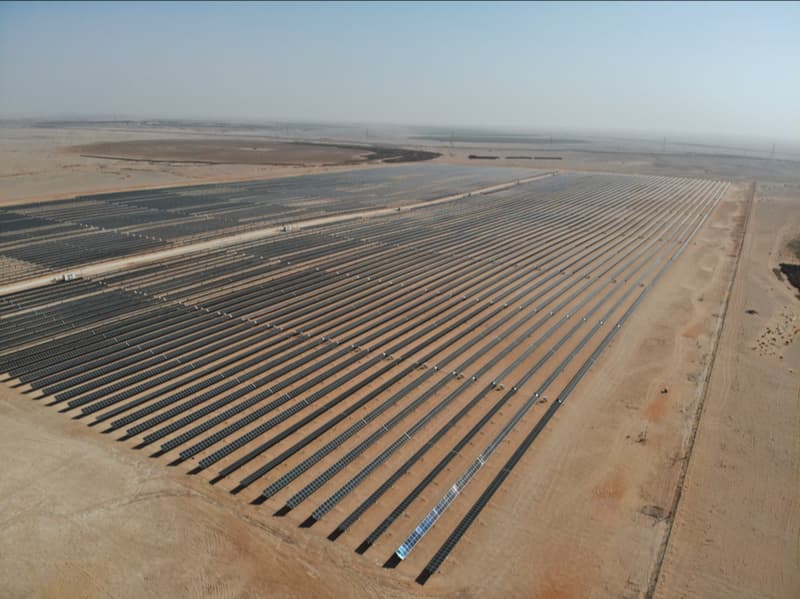 Partnering with a decarbonisation solutions provider to support with the acceleration of decentralised energy infrastructures through investment-based business models, is the first step. The right partner will unlock improved efficiency and performance in terms of energy consumption, greenhouse gas emissions, productivity, and service life. More importantly, it will also ensure the on-site energy production is environmentally friendly.

For example, Engie Solutions is already working on numerous large-scale regional projects such as a solar park in Saudi Arabia. In conjunction with Nadec, the Kingdom’s leading agricultural and food processing company and one of the largest in the Middle East and North Africa (Mena), Engie Solutions has built a 75,000-strong photovoltaic modules park that spans an area equivalent to 21 football pitches. In generating 30MW of renewable energy per annum, the project is estimated to lower carbon emissions by 53 million kg per year.

More recently, the company also signed a contract to design, finance, construct and manage operations of a 10MW Waste Heat Recovery (WHR) system in the UAE. The project implements the Organic Rankine Cycle (ORC) technology, as a first, in a “utility as-a-service” model servicing the cement industry in the region. The technology enables capturing low-temperature waste heat and can operate without using water, which result in 15 per cent power savings per year and a total of 28 per cent reduction on power-related carbon dioxide emissions for our client.

While pledging to reduce emissions is imperative, the imagined costs of switching to complex sustainable solutions can be daunting. In fact, cost is often seen as a barrier to the energy transition. However, the upfront cost of investing in energy efficiency technologies is mitigated by considerable long-term savings and decarbonisation.

Engie Solutions’ ‘utilities-as-a-service’ product focuses on greening the supply side whilst the ‘energy-as-a-service’ offering provides customised and guaranteed energy efficiency solutions aimed at reducing consumption for clients. The services are delivered through performance-based contracts adapted to clients’ needs, industry sectors, and the criticality of facilities. Moreover, many companies such as Engie Solutions can develop and finance projects. A long-term partnership approach can enable carbon reduction, cost savings, and rapidly turn renewable energy investments from capital expenses into operating expenses.

To conclude, industrial development and environmental protection do not have to be mutually exclusive. As the region adopts the technologies and philosophies that underpin the fourth industrial revolution to pave the way for a robust industrial sector, we have a wonderful opportunity to start over – with a clean slate defined by a strengthened commitment to sustainable development.